Espionage and the Earl- NOW AVAILABLE!

Mayhem and the Marquess-Read the 1st Book in the Lords of Havoc Series! 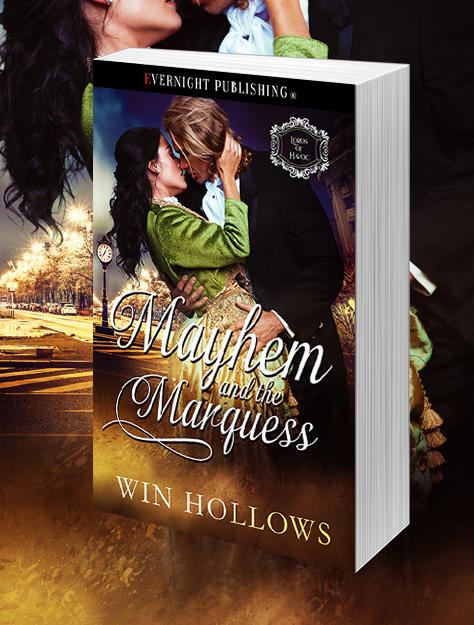 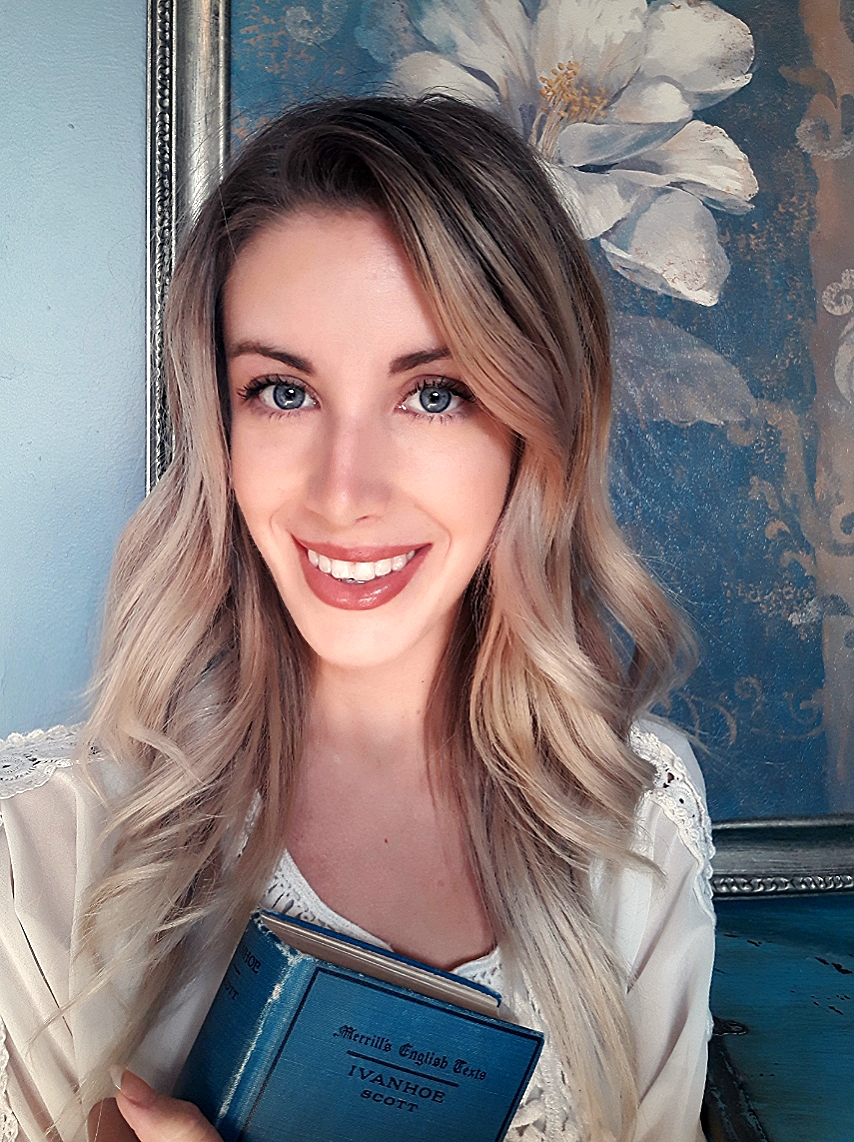 Praise for Espionage and the Earl:

“I ended up reading this book twice, I was so in love with the story by the time it was done. If you look for romances with smart, swoon-worthy characters that go beyond the clichés, you’ll love Max and Elorie’s story set within the plot of two enemy spies searching for a lost relic.”

If you like reading stories with adventure, snappy dialogue, mystery, and a lot of steamy tension, then try out Win Hollows’ books!

The Lords of Havoc series is currently available to readers everywhere!

Praise for Mayhem and the Marquess

“Not only does Hollows have you feeling like you’ve stepped into the 19th century, she makes you want to stay there. The wit, passion, and the unrelenting action will have you devouring this book from cover to cover.”

There are many things in the Lords of Havoc Series that I take straight from the pages of history. People, events, inventions… The world was a magical and mysterious place in 1841, and although I took a few liberties with the facts, most of the world that Asher and Ivy live in is pretty darned accurate. Here are some interesting things from Mayhem and the Marquess that you might not have known were real:

The scientists. Several characters in the British Association for the Advancement of Science are based on real scientists. In fact, the Association itself is real, as was their rivalry with the Royal Society. Both organizations sought to be the most well-respected forerunner of science and innovation, but they had very different ideas on what sort of people should be members. Charles Babbage was a mathematician, philosopher, inventor and mechanical engineer in England during this time. David Brewster was also real, a Scottish scientist known as the “father of modern experimental optics.” Also featured in the book was Sir William Fothergill Cooke and mention of his partner, Sir Charles Wheatstone, the inventors of the first rudimentary telegraph. Asher and Ivy attend a BAAS meeting wherein they are treated to a display of Cooke and Wheatstone’s invention. The two scientists did demonstrations of the telegraph in England right around the time the novel takes place, although I don’t know if Cooke was fond of strawberry tarts or not. 😉

Gas Lighting. Gas lighting was mentioned several times throughout the book, as this was the primary method of illumination during this time. Up until the turn of the 19 th century, people relied on fires, candles, and oil lamps for lighting purposes, which can be very romantic, but not awfully effective. The invention of gas lighting changed the way much of Europe operated, both industrially and at home. The scene in which Asher watched Ivy bathe is lit by gaslight installed as gas wall brackets, which would have been a staple in any well-to-do Victorian London home at that point. But Make no mistake! Gas light had some interesting drawbacks. For one thing, it’s an open flame surrounded by glass, so they often scorched walls and ceilings where they were used, not to mention set plenty of drapes on fire! The other effect of gas lighting that isn’t widely spoken of is its dangerous fumes that were not mitigated or regulated during that time. So “fits of the vapors” were actually often caused by, well, vapors from the gas lights used in closed rooms.

Acquired Savant Syndrome. In the novel, Asher’s condition in which his brilliance often leads to overwhelming thought processes and migraines does not have a name. And sadly, people with such afflictions were often mistakenly put in insane asylums like the real one Asher is committed to. But much later, it would be called Acquired Savant Syndrome. This is when the brain receives a major trauma (like when Asher fell out of the tree as a child) and changes the way it works as it heals. When this occurs, prodigious skills begin to emerge in the person, but it is not without price. Some people with Acquired Savant Syndrome report symptoms like migraines, emotional volatility, and other
mental disorders that all came along with their new abilities. Asher’s “megrims” are just such a symptom of this condition, and I am happy that, at least in the world I created for him, he is able
to conquer it.

Psychopathy. You’ll never read the term serial killer in a Victorian novel. That’s because the term wasn’t invented until the 1970s. However, there are men in Mayhem and the Marquess that certainly fit the definition, and these men would be categorized as psychopaths. Psychopath is the word used to describe a sociopath with the potential for violence. And what is a sociopath, you may ask? A sociopath is someone who lacks the ability to feel empathy towards others and is therefore unable to develop healthy emotions towards the world around them. They do not feel sadness for others or guilt over violence or manipulation. In Mayhem and the Marquess, both Ivy’s father and Thomas Claymore display these characteristics at certain points. However, Ivy’s father does show love towards his daughter and remorse for his actions, so it would be difficult
to put him in that category and leave him there, despite the fact that he is what we would call a serial killer. Claymore, on the other hand, shows all the classic signs of being a psychopath. He is violent, egotistical, and remorseless for the pain he causes others. He believes in his own infallibility in serving a higher cause and is sexually aroused by violence. Many famous serial killers throughout history have similar pathologies. There is very interesting research about the diagnosis and characteristics of sociopathy and psychopathy, so I highly encourage anyone interested in the subject to dive into this fascinating area of psychology!

Isn’t history just the greatest? I hope you enjoyed learning a little bit about the people, conditions, and inventions mentioned in Mayhem and the Marquess. If you have any questions about anything mentioned here or anything in the novel, you’re always welcome to ask! I love hearing from readers!

View all posts by winhollows